The Australian Antarctic Program Partnership (AAPP) is an Australian Government funded initiative through the Antarctic Science Collaboration Initiative program to better understand the role of the Antarctic region in the global climate system and the implications for marine ecosystems.

The core mission of the AAPP is to:

The AAPP was established in July 2019 and is led by the University of Tasmania (UTAS) with core partners the Australian Antarctic Division (AAD), CSIRO, and the Bureau of Meteorology (BoM). Other partners include Geoscience Australia (GA), the Tasmanian State Government and Australia’s Integrated Marine Observing System (IMOS). The AAPP will work closely with Antarctic scientists based at other research agencies and universities in Australia and continue to enhance and expand collaboration with international research agencies.

Funding of $50 million over ten years for the AAPP is provided by the Australian Government’s Department of Industry, Science, Energy and Resources through the Antarctic Science Collaboration Initiative program.

The AAPP research program is organised into the three inter-dependent themes below. 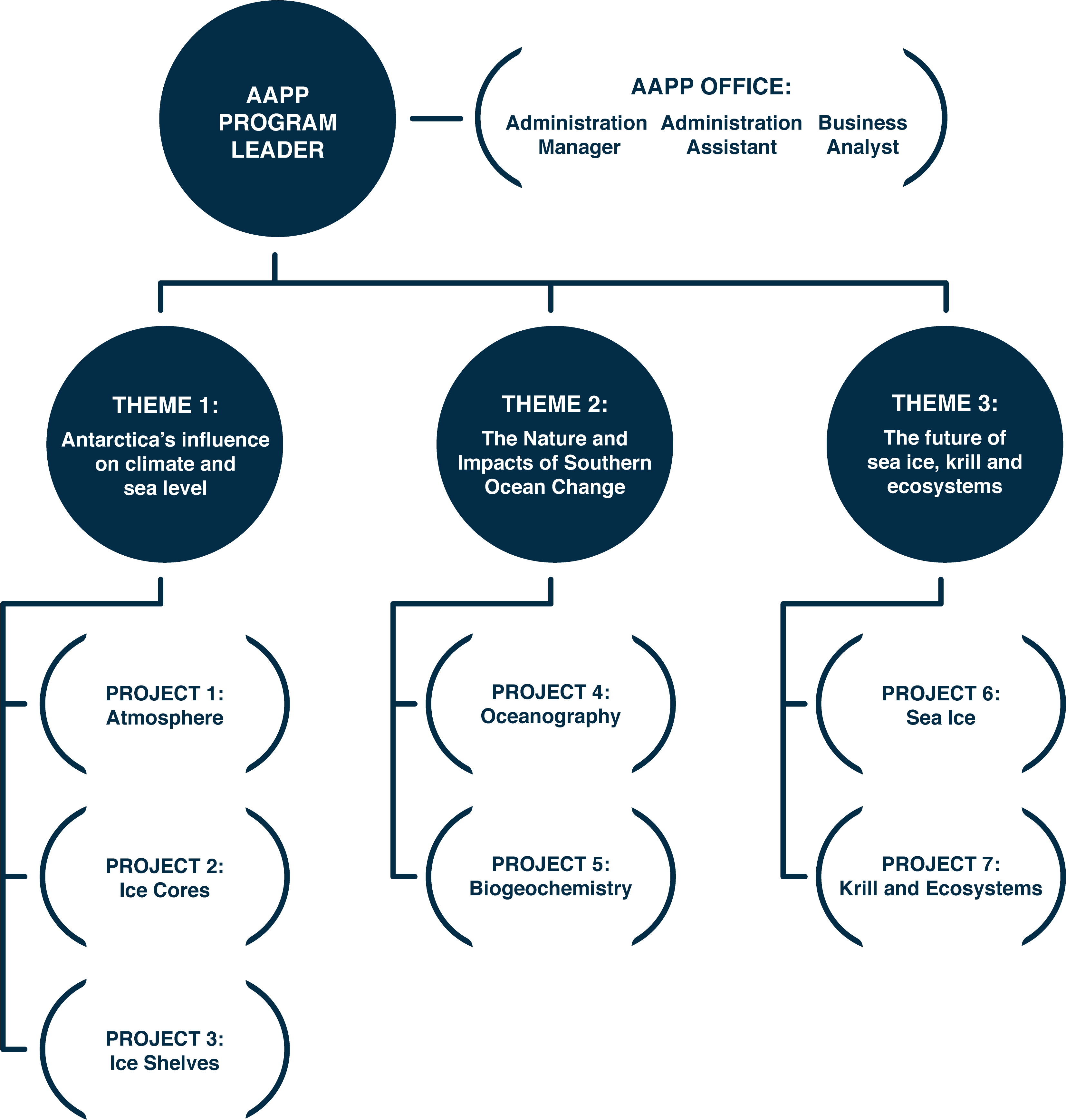